Internode cuttings are more suited for the modern grower 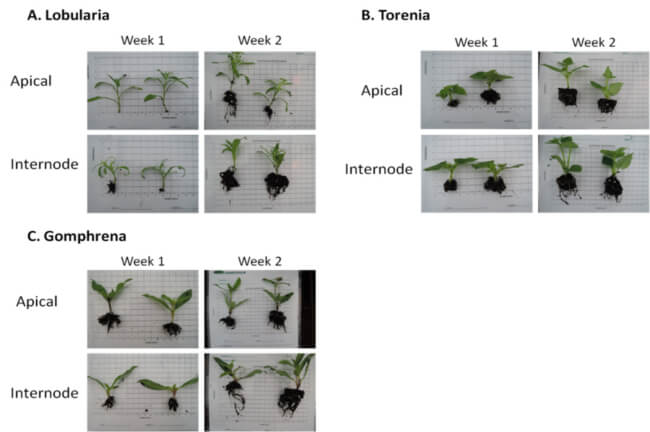 Background:
The ornamental plant industry is very diverse and includes the production of floral crops such as cut flowers and cut foliage, flower bulbs, flowering pots as well as foliage plants and bedding plants. Global floral production value is estimated at USD 55bn. Floricultural includes -mother stock plant material of various forms such as tissue culture, cuttings, and seeds. Mother stock material, bred and produced by the horticultural companies is then sold to nurseries or growers who in turn sell the final product, – flowering pots, to retailers.

Globalization of the floriculture market in the last years arise new product requirements. Both, mother stock materials as well as final products are exposed to extreme conditions during long and distant shipments. In some cases plant material is transferred through more than 30 °C from origin to destination. Despite the rough conditions, final products are committed to increase standards of quality and uniformity in this developing industry.

Parental material such as seeds used in many agricultural sectors is very resistant to environmental conditions and allows great rooting and growth uniformity when primed. In floricultural plants, many varieties are propagated using cuttings, mainly apical cuttings. Cuttings of some varieties, especially those with non-woody stems are very sensitive to environmental conditions during transportation.

Uniformity is a very important character in the industry which allows standardization and automation of processes.

In addition, in the last years, there was an acceleration of automation in the floriculture industry in order to optimize and standardize production process. Robots are available for most stages of the process from rooting to packaging of final products.

Internode cuttings have some commonly known advantages through the value chain:
1. Transportation- these cuttings increased lignification thus improving stability of the cutting during transportation.

We compared the two types of cuttings in various crops for a wide range of properties.

Three apical or secondary cuttings from the designated crops were planted. Potential was assessed once a week for each plant. Measurement was conducted for 9 weeks. Average weekly potential for each of the cuttings types of each crop is presented. Ratios are calculated as the potential of internode cuttings divided by the potential of apical cuttings. 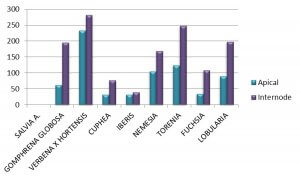 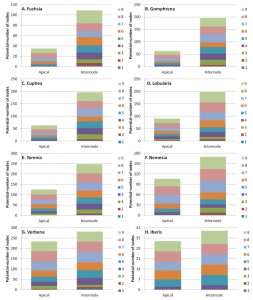 Figure 2: Internode cuttings potential starts earlier and shows increased quantities per week compared to apical cuttings
Three apical or internode cuttings from the designated crops were planted. Potential was assessed once a week for each plant. Measurement was conducted for 9 weeks. Average weekly potential for each of the cuttings types of each crop is presented. 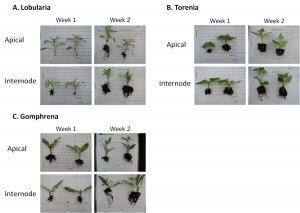 Figure 3: Internode cuttings’ rooting is enhanced compared to apical cuttings
Three apical or secondary cuttings from the designated crops were planted. Representing pictures of the roots one and two weeks after planting of the cuttings are presented. 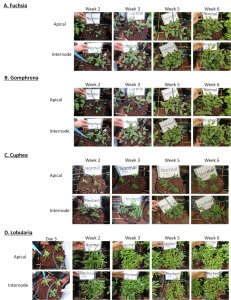 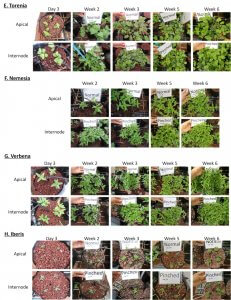 Figure 4: Starters originating from internode cuttings exhibit an increased growth rate
Three starters from either apical or internode cuttings were transplanted in pots. Representing plants were photographed in the designated times after plantings. Spread of the cuttings in the pot is compared. 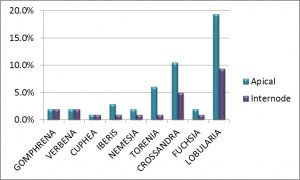 Figure 5: Secondary cuttings showed increased susceptibility to shipment conditions in most – crops.
3 bags of 100 apical or secondary cuttings of the different crops were packed in a box. Cuttings went through the following treatment:

Conclusions:
Internode cuttings are known to have advantages compared to apical cuttings all through the value chain. The main reason internode cuttings are not widely used in the floricultural sector is the hypothesis those will have decreased and less consistent rooting and growing abilities making them unprofitable for use in the industry. In our results we were able to show that for some crops internode cuttings have preferred commercial properties compared to apical cuttings such as increased and earlier potential, extended roots and higher growing rates of starters making. Together with the time saved on pinching of the cuttings and the higher suitability of the cuttings to rooting machinery, internode cuttings of those crops are more profitable to all players through the value chain: cutting suppliers, cutting growers.
Internode cuttings also showed less susceptibility to varying temperatures which simulates shipping conditions it is important to note the results described in this article are preliminary results. The method should be assessed further by the different players in the value chain in order to further establish its advantages.